Alternative sources of power are becoming more and more popular and drivers are finding very little difference in performance and range, two factors that have kept us out of alternatively fueled vehicles for so long. But what exactly makes an alternative fuel/power source, alternative?

There are three factors that determine an alternative fuel’s ability to be an actually usable alternative. These are:

Keeping that in mind, according to the U.S. Energy Policy Act of 1992, we have eight alternative fuels of note. These alternative fuels must have the ability to serve as either a full or a partial alternative to gasoline and diesel. Let’s take a look at each:

Ethanol- Ethanol is an alcohol-based alternative fuel made by fermenting and distilling crops such as corn, barley or wheat. Ethanol is typically blended with gasoline to increase octane levels while improving emissions.

Natural Gas- natural gas burns clean and produces fewer emissions than gasoline and diesel. It does, however, produce methane, a greenhouse gas that is 21 times worse for global warming than CO2.

Electricity- one of the cleanest forms of alternative fuels, electric cars, when paired with a solar recharging system, is highly efficient and can be driven long distances without being plugged in. Solar-powered cars which use batteries are quiet, zero-emission and one of the most eco-friendly forms of alternative power for today’s automotive industry.

Propane– liquefied petroleum gas or LPG, or propane, is a popular alternative fuel for many vehicles in the agriculture industry.

Biodiesel- this alternative fuel is derived from vegetable oils or animal fats and can be blended with petroleum diesel for use in unmodified engines.

Methanol- methanol, or wood alcohol, is used as an alternative fuel in flexible fuel vehicles. These are vehicles which are able to run on M85, a blend of 85% methanol and 15% gasoline.

While all of these alternative fuels have their own unique positives and negatives, only one has the ability to be replenished on the go and that is the solar powered electric car.

While many solar powered vehicles are still in the prototype stages, there is one company whose solar powered vehicles are already on the road. Aptera, has launched the world’s first Never Charge electric vehicle. With one of the automotive industry’s most innovative on-vehicle solar packages, the Aptera “Never Charge” Solar enables you to travel more than 40 miles a day, and over 11,000 miles per year, without ever having to plug in.

To learn more about the benefits of solar powered vehicles and to see the world’s first Never Charge electric vehicle, contact Aptera today!

If you enjoyed this article, please feel free to share it on your favourite social media sites. 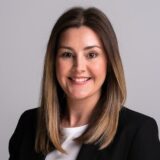 Deona Mikz is an auto industrialist and blogger who also wrote many articles on the auto industry.